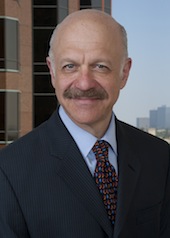 Dennis Brager is a California State Bar Certified Tax Specialist and a former Senior Trial Attorney for the Internal Revenue Service's Office of Chief Counsel. In addition to representing the IRS in the United States Tax Court, he advised the Service on complex civil and criminal tax issues.

He now has his own five-attorney firm in West Los Angeles, and has been featured every year from 2008-2021 as a Super Lawyer in the field of Tax by Los Angeles Magazine. Dennis Brager has filed cases in the United States Tax Court on behalf of over 320 taxpayers.

Mr. Brager has limited his practice to representing clients having criminal and civil tax disputes with the IRS, the Franchise Tax Board, the California Department of Tax and  Fee Administration (formerly the State Board of Equalization), and the Employment Development Department--both at trial and administrative levels.

Dennis Brager has been an instructor at Golden Gate University's Masters in Taxation Program and a guest speaker at the University of Southern California. Mr. Brager has also testified as an expert witness on Federal tax matters.

They include “Offshore Voluntary Disclosure – The Next Generation,” “Partial Offshore Tax Amnesty – Voluntary Disclosure 2.0,” “Anatomy of an OPR Case (Definitely Not R.I.P.),” “FBAR and Voluntary Disclosure,” “The Tax Gap and Voluntary Disclosure,” “Circular 230: An Overview,” “Recent Developments in Tax Procedure,” “Damages, Rescission and Debt Cancellation as Client Income,” “The Taxpayer Bill of Rights--A Small Step Toward Reining in the IRS,” “Challenging the IRS Requires a Cohesive Strategy,” “The Innocent Spouse Defense,” “IRS Guidelines for Installment-Payment Agreements,” “IRS Tightens Inventory Rules for Marijuana Businesses,” “What a Practitioner Needs to Know About Tax Assessment Dates,” “IRS Collection Issues: The Consequences of California Community Property,” and “How Your Clients Can Lose Their Passports by Falling Behind on Their Taxes."

He is admitted to practice before the U.S. Supreme Court, the Second, Fifth, Ninth, and Eleventh Circuit Court of Appeals, U.S. Claims Court, U.S. Tax Court, the District Court, and the Bankruptcy Court for the Central District of California.