First presented to the: Annual Meeting of the State Bar of California

[1] All section references are to the Internal Revenue Code of 1986, as amended. 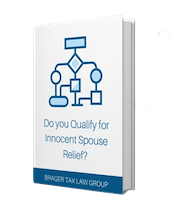