Home
Tax Law Center
FAQs
General FAQs
What can Cause an Investigation by the Office of Professional Responsibility?

What can Cause an Investigation by the Office of Professional Responsibility? 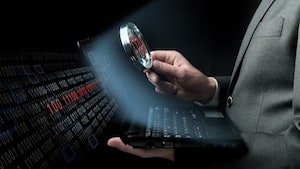 Causes of an OPR Investigation

OPR usually does not initiate its own investigations. Cases are referred to OPR when certain tax preparer penalties have been assessed. This makes it critical that tax preparers know how to defend themselves if they are being assessed a tax preparer penalty, because it can result in an OPR referral, which could eventually led to a suspension of practice before the IRS or other serious penalties.

Penalties that results in an automatic referral to the OPR include:

There are also penalties that can result in discretionary referrals, including accuracy related penalties, understatement of tax due to an unreasonable position, and frivolous tax returns or submission. These offenses do not have to be referred to OPR, but they can be. If a pattern of behavior is present, OPR requires a referral to be made.

Discipline From the Office of Professional Responsibility

The OPR has the authority to discipline tax practitioners in several ways, including censure, suspension, disbarment, and monetary fines.

Tax practitioners who are suspended or disbarred cannot, represent clients at conferences or hearings, file powers of attorney with the IRS, or assist another person with a matter constituting practice before the IRS.

This means that a disbarred tax practitioner is effectively prevented from working for any firm that practices before the IRS. Even worse, the OPR generally will report their findings to the state licensing authorities. Attorneys and accountants could face discipline and possibly lose their professional licenses.

An incident that starts as a relatively small dollar amount tax preparer penalty can lead to an OPR investigation, which can lead to sanctions that could result in loss of employment and possibly the loss of professional licensure. With so much at stake, tax practitioners should vigorously defend themselves against any charges that could result in a referral to the OPR by retaining the services of a tax lawyer with experience in OPR defense.

For more information, read our article on how to avoid suspension by OPR.