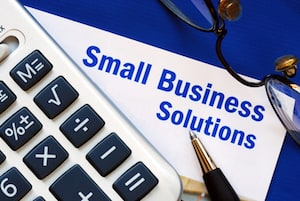 The best advice for small business owners is to be particularly meticulous regarding one’s tax filings and, if applicable, foreign account disclosures under FBAR and FATCA. However, the acts by some small business owners are so egregious as to necessitate tax enforcement actions that can result in enormous fines and a potential federal prison sentence.

61-year-old Albert Hee, former CEO of Waimana Enterprises, Inc. was once considered a successful and respectable businessman. Mr. Hee’s various companies were in the business of building out and providing rural broadband access to people in the Hawaiian Islands. The companies were highly successful and did extensive business with the United States government including several particularly lucrative contracts.

However, Mr. Hee appears to have lost sight of the proper bounds between personal funds and money and assets that belong to the company. Perhaps motivated by loyalty or duty to his family or for other reasons, Mr. Hee treated his companies as if they were his personal expense account. Some of the actions by Mr. Hee alleged at trial included:

Mr. Hee’s acts involved the misuse of company money and then lying about the improper use. Mr. Hee failed to report the additional income from his company and did not pay tax on these funds.

After more than 9 years of litigation and proceedings regarding Mr. Hee’s tax filings, he was convicted on tax fraud and other charges in July. Mr. Hee was convicted of interference with the administration of the tax code and six counts of filing false returns. Mr. Hee was found guilty of having filed false tax returns for 2007 through 2012, and of obstructing the IRS from 2002 through 2012. While Hee’s lawyer attempted to shift blame for the payments to the accountants, the jury apparently did not find such an explanation plausible and returned their guilty verdict on the second day of deliberation. Mr. Hee now faces up to three years of imprisonment and up to $250,000 on each charge. Mr. Hee’s scheduled sentencing date is October 26, 2015.

If you are facing tax fraud or other serious tax charges, the stakes are simply too high to face an experienced and aggressive prosecutor from the federal government alone. Working with a dedicated and strategic legal team, can help keep the prosecutor on his toes, and protect your procedural and substantive legal rights. To discuss how our experienced and aggressive tax professionals can provide options for you call the Brager Tax Law Group at 800-380-TAX-LITIGATOR or contact us online today.