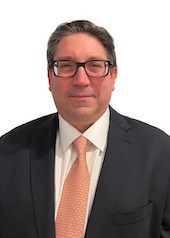 Guy Glaser has over 30 years of tax experience with the Internal Revenue Service. He spent the first twenty years as a Senior Trial Attorney for the Internal Revenue Service’s Office of Chief Counsel’s Small Business and Self-Employed (“SBSE”) Division. For the next ten years he served as the Laguna Niguel Associate Area Counsel for the IRS Office of Chief Counsel’s Large Business and International (“LB&I”) Division. He also worked a 6-month stint as a Special Assistant United States Attorney for the Office of the United States Attorney, Central District of California, Tax Division in Los Angeles.

As a Senior Trial Attorney for the IRS Office of Chief Counsel’s Small Business and Self-Employed Division, Mr. Glaser was responsible for providing legal advice to the IRS on tax audits and collection matters. He also assisted in implementing the IRS’s Offshore Compliance Initiative and the Offshore Credit Card Program. He served as one of the initial eleven nationwide IRS Office of Chief Counsel FBAR Coordinators. Mr. Glaser represented the IRS in hundreds of docketed cases before the United States Tax Court and has many published decisions. His expertise includes Foreign Bank Account Reporting issues, unreported income involving indirect methods of proof, and large-dollar civil fraud cases.

As an Associate Area Counsel, he was responsible for supervising a group of IRS Senior Trial Attorneys who prepared and litigated complex cases in the U.S. Tax Court and the Bankruptcy Court and provided legal advice to local groups of IRS domestic and international revenue agents in Southern California on a wide variety of topics, including transfer pricing, corporate and partnership tax issues, and individual income tax matters. He also oversaw the IRS Office of Chief Counsel’s role in the IRS’ Penalty Issue Practice Group; ran the LB&I Western Region Whistleblower taint review, Fraud and FBAR programs and was a member of LB&I’s Micro-Captive Insurance and Syndicated Conservation Easement cadres.

He has also spoken before the California State Bar Tax Section on the topic of "Pretrial Strategies in Federal Tax Litigation."

While at the IRS Mr. Glaser was the recipient of numerous honors and awards.

Mr. Glaser is a member of the State Bar of California and is admitted to practice before the U.S. Tax Court and the U.S. District Court, Central District of California.